Thank you to Deep Analysis for sharing their Analyst Notes on our site. Deep Analysis provides Information & Process Management Research and Advisory Services 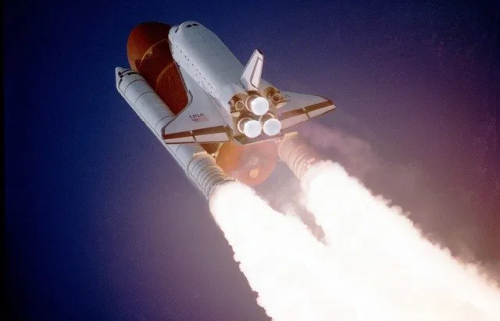 File migration isn’t the most scintillating of topics, but if you are an enterprise buyer, it’s a hot one nonetheless. Where File Migration gets interesting is less in the mechanics of physically moving files from (typically) on-premises file servers to the cloud. Instead, it is in why would one make a move now?

Earlier this year, we posted an Analyst Note on our website regarding Box’s acquisition of CFP (aka Cloud FastPath), and quite frankly, to our surprise, it proved to be one of the most read Analyst Notes of the past year. In our estimation, at least, there are two somewhat contradictory stories at play here that catch the attention. First is the almost religious belief that everything will move to the cloud, “it’s only a matter of time.” This belief is held firmly by many, and it’s near heresy to question that belief. Yet on the flip side is the fact that over twenty years on from cloud entering the mainstream of enterprise computing, vast volumes of files and applications continue to run on-premises, and more get added every day. Promises of cheaper, faster, quicker, and easier, if you move to ‘our’ cloud, were in many cases just that, promises, rather than realities. Many buyers saw through the hype and stuck to their guns.

But this past year has changed the game entirely. Distributed working, with the need to access anything, anywhere, anytime, is our new reality. Whether our employees, customers, or bosses like it or not. Contrast that with the fact that on-premises software was, of course, designed to work on-premises, not anywhere, anytime, and you have a problem. So Box’s release today of new, self-service content migration tools through Box Shuttle is timely.

In talking with Box before the launch, we discovered that the firm had seen a marked increase in migration projects to their cloud service. That is not at all surprising, and we would be astonished if that upward trend doesn’t continue to rise steeply over the coming year as more firms try to meet the increased demand for remote access to files whilst balancing that demand with increased security and compliance.

Yet what caught our attention in this Box Shuttle release is that it expands the reach of typical file migration projects considerably. In practical terms, many enterprises are concerned with the risk, complexity, and cost of migrations. But the reality of the matter is that migration software and services like Box Shuttle can now make migrations fast, low cost, and simple. Migration projects differ in scale and complexity, but it’s not so much the volume of files that can cause problems; migrating 100 million files takes only a little longer than 1 million files.

Instead, it’s the complexity of the metadata, file structures, permissions, and potentially the workflows that those files get wrapped within. In other words, there is a world of difference between migrating a mountain of static file servers and migrating the content and associated data within a legacy, process-centric ECM system. Box Shuttle migration software can handle most migration situations; though, of course, there will be a few complex outliers that still require specialist services, which Box can cover as well through the Box Shuttle managed services program.

So why do we like this new release of Box Shuttle so much? With this new release, Box has introduced very affordable ways to get content to the cloud. For simple migrations of 10TB or less, Box Shuttle standard tooling comes free. And in the event that the scale is much greater than that, or the data is more complex with custom metadata and permissions re-mapping, Box Shuttle’s cost is still very low, at only $500 per terabyte. And for situations where customers don’t have internal resources – or their migration is highly complex – Box Shuttle has managed services to help organizations to successful migration outcomes. Complexity, risk, and cost may have been valid reasons to keep files on-premises, but for most enterprises looking to move to Box, at least, those are no longer barriers they once were.

You can read more about the arcane world of file migration in our recent report, but though this Analyst Note focuses on Box Shuttle, the fact is we are seeing a surge of interest across the board in moving files to the cloud. And that shift opens up a wide range of new opportunities and challenges for firms to adapt, and to innovate in ways they could not do while keeping files on-premises. So, the migration piece of the equation continues to get easier and cheaper; the hard work now is to figure out how to make the best use of these new cloud operating environments.

Was this article helpful?
Thank you for your feedback! Our team will get back to you
How can we improve this article?
Your feedback
Comment
Comment (Optional)
Character limit : 500
Please enter your comment
Email (Optional)
Email

Teckedin collects no personal information. We do watch number of visitors, pages visited and geography.